A Brief History of the

During the second half of the 19th century, Colonel E D Malcolm of Poltalloch in Scotland in Scotland developed a breed of terrier to hunt foxes in the rocky terrain of the highlands of Scotland.

The dog needed to be small but hardy and flexible.  Also brave enough to fight its’ way into a fox’s lair between the rocks, against stiff opposition if necessary.

They were selectively bred as all white terriers so that they could be easily distinguished from the fox against the drab background of the countryside.  The breed was originally named the Poltalloch Terrier but later this was changed to the West Highland White Terrier where the breed originated. 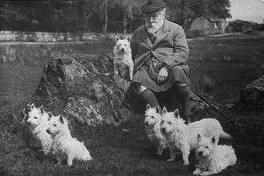 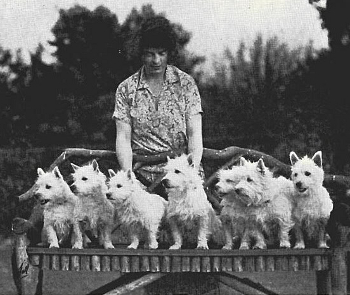